Orienteering in the Middle East — where the only conflict is route choice!

The ISOA is pleased to announce the first annual Middle East Cup, a 2-day championship in northern Israel.

Registration
50 NIS per event, includes EMIT card rental
To guarantee your start time and use of an electronic punch, you must register no later than 4 days prior to the event.

Health and Safety
ISOA will provide first-aid at each competition site. Emergency care and major hospitals are within a 60-minute drive from the competition sites. ISOA will not bear responsibility related to medical costs for participants.

Awards Ceremony
Winning scores are a cumulative two-day total. Medals will be awarded for each category at the conclusion of the second day of competition.

Contact Info
For more information, and to register, send email to: ISOA Info/Registration 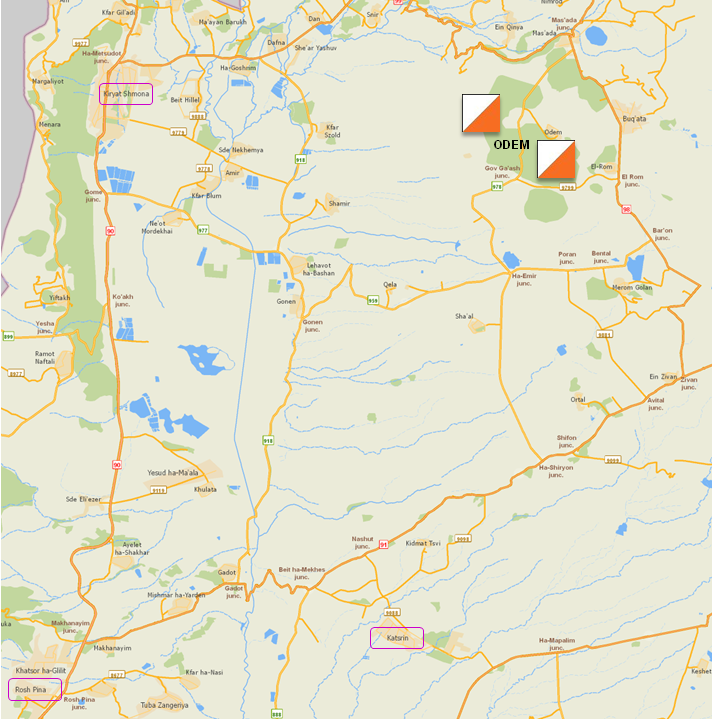 More Info
Odem Forest is a beautiful remnant of the ancient forest that once that covered most of Ramat Hagolan (the Golan Heights). It is mostly natural woods, with primarily oak and pistachio. Over time the trees have been trimmed and reduced due to human activities and animal grazing. Odem means ruby, representing the color red. Odem refers to the color of the rocks of Mount Odem, an extinct volcano.
The area is covered with some 20 guba, or volcanic crater, with the largest about 250 meters in diameter.  It is believed they were formed by either air or water that was trapped under the lava and eventually disappeared, leaving behind a big hole.
Near Odem Forest you can also see Rujum al-Hiri (Circle of Ghosts), a Megalithic structure about 5,000 years old that researchers believe was used for ritual purposes, burial or as an astronomy observatory.

Things to Do and See